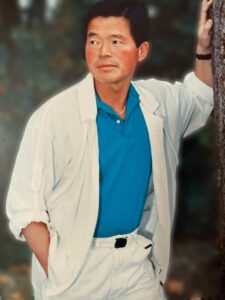 Masamu “Matsu” Kondo, 77, passed away in Seattle, WA on August 28, 2021 peacefully at his home. He is survived by his daughter, Michelle, and two grandchildren Sasha and Apollo. He will also be dearly missed by his friends and care-givers at the Belicina Adult Family Home. 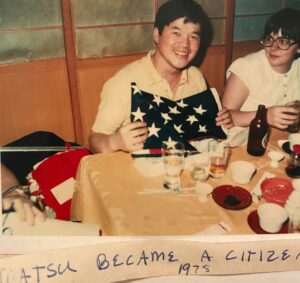 Matsu was born in Maizuru Japan on May 1, 1944, and was the middle child of 4 brothers and 3 sisters. His father Hirozo Kondo owned a fish import shop. Matsu was quick with the abacus, and he was the only one of his siblings to go to college. He graduated in 1968 from the prestigious Meiji University with a degree in business. After graduating, Matsu bought a one-way ticket to Vancouver, Canada and set off for a new life.

He quickly migrated south to Seattle, staying at the St. Regis Hotel, and found comrades in the Gibson House restaurant 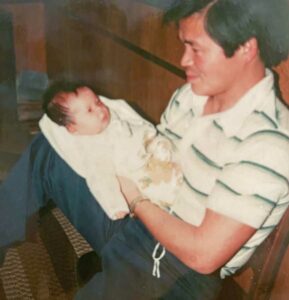 next door. While attending South Seattle Community College to obtain training in hotel and restaurant management, he met and then married Ina Christine Hauntz. They settled in West Seattle and in 1976 their daughter Michelle was born.

Matsu managed the Gibson House bar and restaurant for 30 years. He was charismatic and charming, and he had a sharp sense of humor. He loved football, and frequently attended Husky games with son-in-law John.

However in 1996, he suffered a stroke that disabled his right side and speech. His daughter Michelle has worked with Providence Elderplace to provide him loving care since that time. He loved to get coffee or sushi with his family and go for walks at his favorite places – Alki Beach or Seward Park.