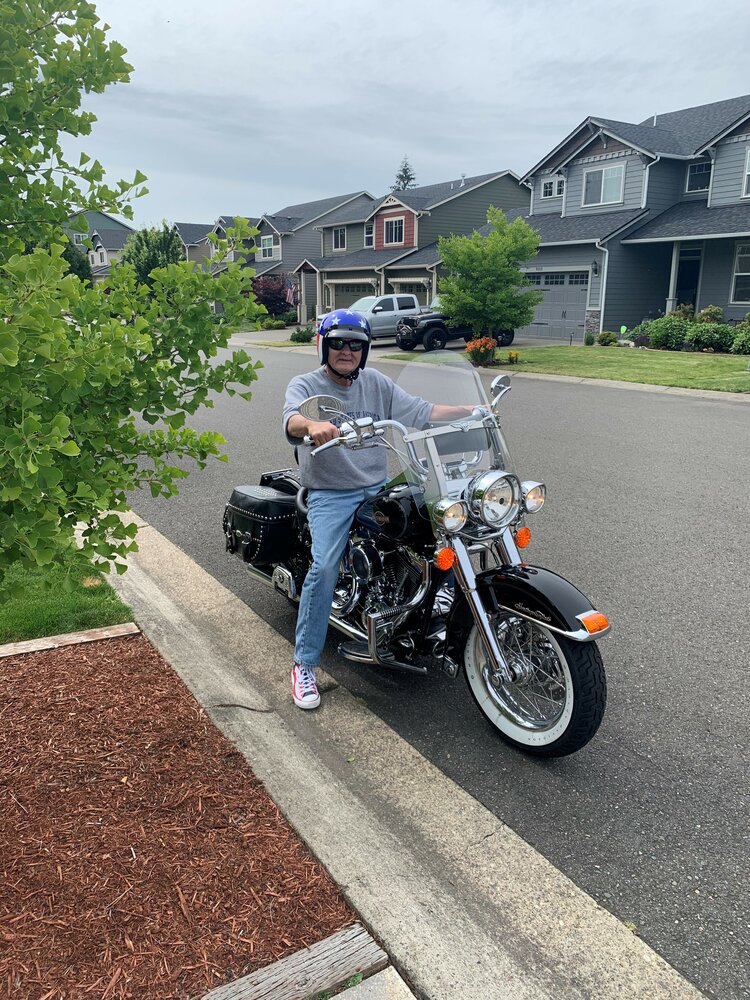 Louis (Louie, Butch) Edward Fleischmann, 61, of Tacoma, WA, passed away on July 17, 2022 at home with his family, after a difficult, but brief, battle with cancer.

Louie was born on October 11, 1960, in Houston, TX as the first child of four to Louis and Dorothy Fleischmann. His father was stationed at Ft. Lewis, which brought them to Washington, where he remained his whole life.

Louie started a career with the US Postal Service in 1984. He remained with USPS for 28 years (too long, he would tell you) until he retired in 2013. Louie met his wife Beverly while working at USPS. They were married on October 11, 1991 (so he would not forget the anniversary date) and celebrated their 30th wedding anniversary last year.

Louie loved his motorcycle and riding with his best buddy, Joe. A close second was his love for NASCAR. In his retirement, he took up gold prospecting and selling used books on eBay. Although it would seem he purchased many more books than he sold. He was an avid sports memorabilia collector for decades and was able to pass most of his collection onto his grandson before he passed.

Louie is survived by his wife Beverly, daughters Mandy (and husband David), Amber, and Allison (and husband Sean), son Tony, grandson Alex, mother-in-law Sharon, and lifelong friend Joe Michalke (and wife Leanna). There are numerous other family members and friends that were important to Lou and our family. Too many to list here. He will be missed by all who knew him.

Service TBD at a later date. Arrangements by Edwards Memorial.

And the dust returns to the ground it came from, and the spirit returns to God who gave it. Ecclesiastes 12:7