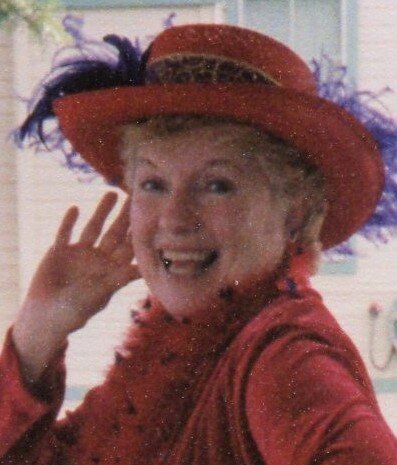 Maxine (Fix) Goodwin passed away July 18, 2022, in Olympia, Washington. She was born on January 18, 1929, in Velva, North Dakota. Her family moved west and settled in Longview, Washington, where she graduated from R.A. Long High School.

She married and, after having three children, Maxine decided to continue her education. She attended Grays Harbor Community College, where she received her LPN degree. She enjoyed a long career at Oakhurst Convalescent Center in Elma, Washington.

Maxine moved to Olympia 15 years ago to be near her children, Diane, Lynn and Dan, and their families, who survive her.

Among her greatest joys were her four granddaughters, Sierra (who lovingly helped care for her the last two weeks of her life), Reilly, Mari, and Rachel. A sister, two brothers, and two great-granddaughters also survive her.

Maxine, Mosseater or Gma, as she was known, was a character and an inspiration. She loved the color red, her “dog” Billy, and the occasional deluxe cheeseburger. She was the best mom ever. We miss her dearly.

Per her request, there will be no services.